What is Lal Salaam

In the evening of October 29th, we held a rally on Hermannplatz in Berlin-Neukölln, accusing the Indian state of massacring 30 communists in Malkangiri. We paid our respects to the martyrs in our neighborhood, condemned the renewed attempt to drown the Indian revolution in blood, brought our proletarian-internationalist solidarity and solidarity with the just struggle of the Indian people and their avant-garde - the Communist Party of India (Maoist) - expressed and emphasized the perspective and correctness of the people's war in India.

Despite only one day of mobilization, over 25 comrades took part in the rally. There were several banners, various speeches made with megaphones and 300 leaflets were distributed to passers-by and interested parties. It has been confirmed that it is right to carry the internationalist solidarity with the Indian People's War away from the dead embassy buildings in the noble districts into the working-class quarters and to the deepest and poorest masses. This is exactly where communism and its ideology belong.

With this in mind: Lal Salaam (Red Greeting) to our martyrs in Malkangiri! The revolution will avenge you! Long live the Communist Party of India (Maoist)! Long live the people's war! 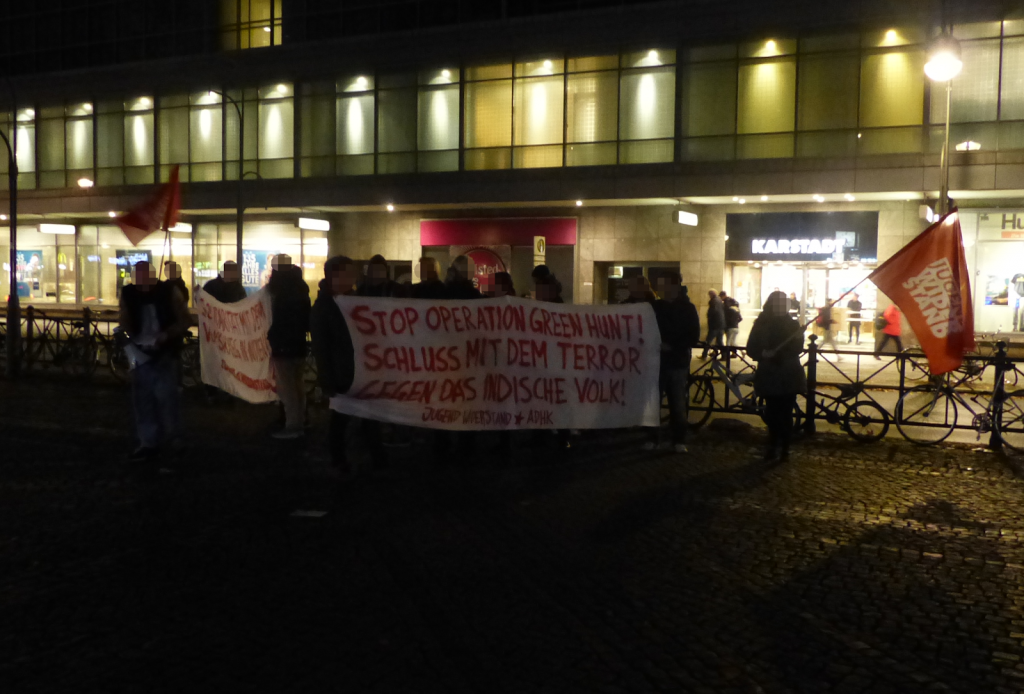 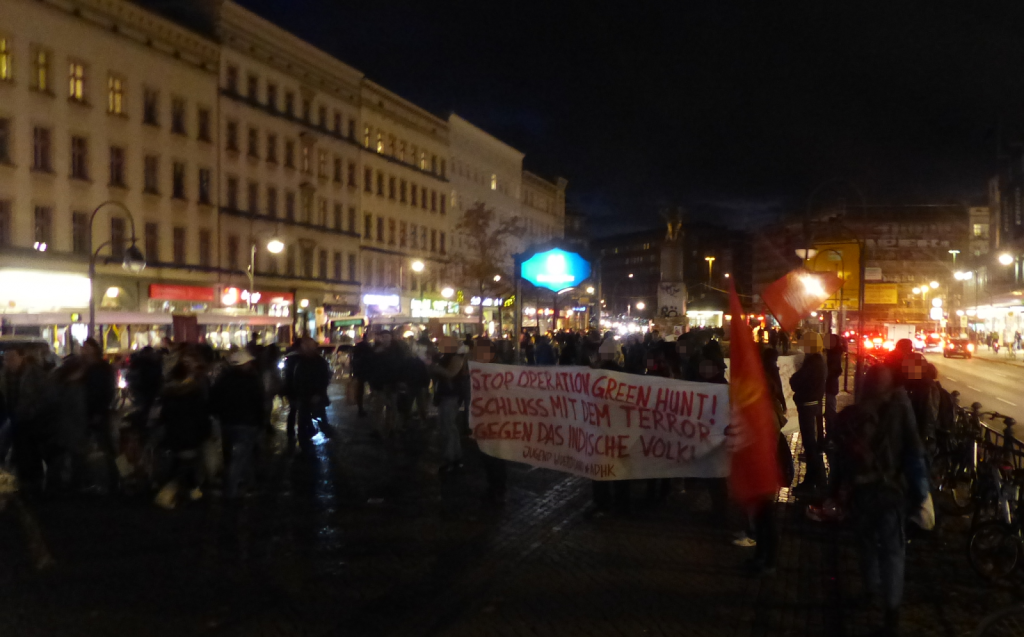 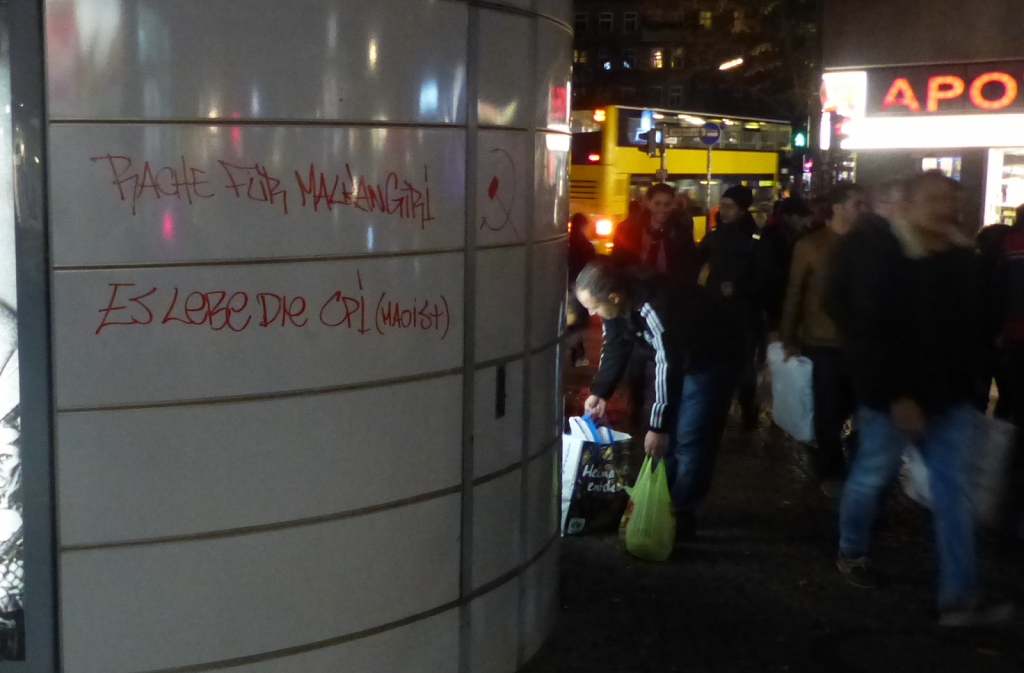 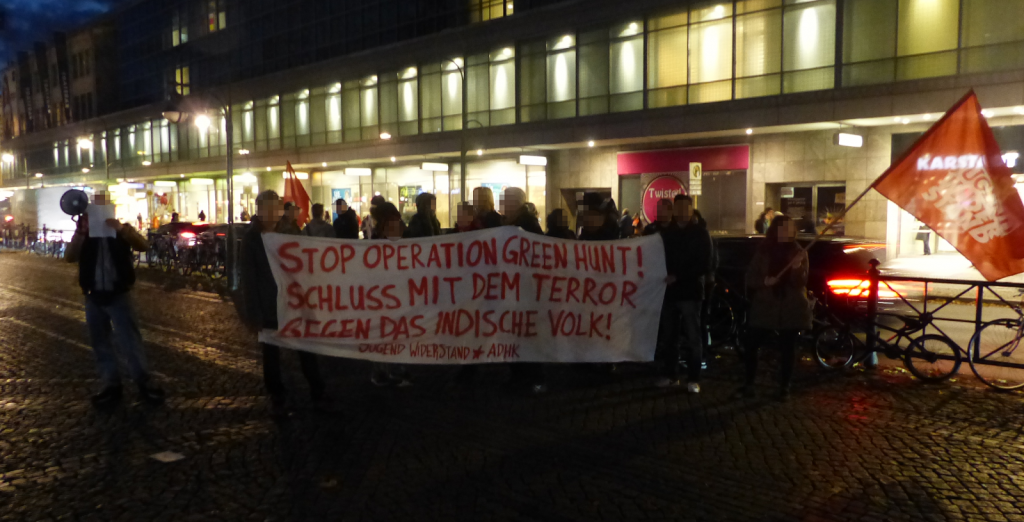 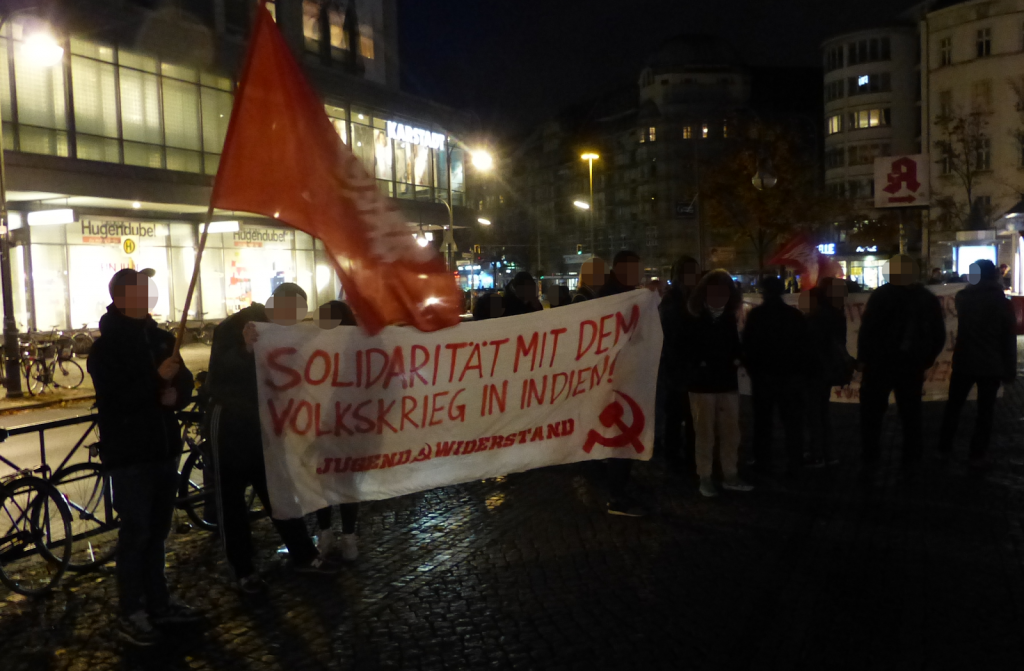