Do you respect yourself

It's an old saying that respect is earned, not given.
I often have to agree with that.
While you're so busy asking for respect, why not take a look at yourself first and ask yourself a question like "Do I deserve to be respected?", Things like that.
Well everyone deserves some respect.
Just a little reminder, if you want to be respected, act accordingly.
That led us to create a collection of lovely quotes about respect for everyone to read.
The most popular sayings and quotes about respect, hopefully you like it!

One of the qualities we should learn first is to respect our parents. If we can't do that, how can we respect others?

Every successful relationship is not only built with love, but also with respect and trust.

Nobody loves without respecting the person and trusting them with all their hearts.

There won't be broken relationships if everyone just knows how to respect each other.

Don't expect respect from the worst of people, it will just waste your time.

Something is wrong when respect is gone. Without him, no relationship will last.

Don't expect others to respect you when you can't respect yourself. Respect starts with you.

The reason why there are always arguments and misunderstandings is the lack of respect for others. Learn to respect the opinions and feelings of others so that we can avoid such things.

It is everyone's responsibility to respect every girl. And please girls, act accordingly.

Treat me right and I'll give you the respect you deserve.

If you want your children to respect you, be a responsible parent. Show them good examples, not a miserable life.

Better to be respected than loved. Respect lasts longer than anything else.

Not only did you throw away my trust, but also my respect for you. I should never have met you.

I didn't know I was going to love this way. If you can't accept that, just respect it.

Respect along with trust is the key component of a happy and long life.

True friends respect your choices. Not only did they understand, but they also support you.

You all have the right to refuse if you do not want to do it in the first place. If they don't want to respect that, it's their problem, not yours.

Please refuse to use your cell phone when I'm giving you a lecture. For those who don't know, that means respect.

I realized that some people stay in my life but never respect me.

You can't always expect others to respect you, but you can always show them your respect.

Don't seek attention, seek respect. Not just because it lasts longer, but because it feels better.

In order to get respect from others, you have to learn how to give it.

Me and my partner are completely the opposite. What keeps our relationship going is that we respect our differences.

I don't force you to love me; all i want is to get at least a little respect from you.

You can't expect anything good from a disrespectful man. 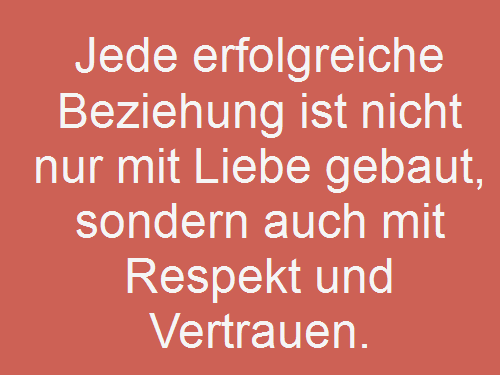 Not only do I lose my self-confidence, but also my self-respect.

One of the reasons I am grateful to my family is because they not only loved me, but also respected me.

If we plan to bring peace and order to our city, all leaders should teach people to respect the law.

How you treat others will be reflected in how you treat yourself. Have self-respect and it will be easier for you to respect others.

Some people demand respect, while some got it. What is better?

Don't say anything bad to your neighbor because that is a sign of being disrespectful.

I'm telling you, it feels terrible to be rejected, but worse, not being respected.

Respect, even if you don't get it from the people you know. Do not lower your level to the level of them, you are better.

Money can't buy respect. If you want it, you have to work hard for it.

Respect is when everything you hear is negative and you stay calm because you know it's their opinion and that has to be respected.

It is a mutual respect that we feel for one another. Before we knew it, we fell in love.

Two things I learned about respect. First, respect yourself. Second, respect others.

In my opinion, respect is something that cannot be learned, but a responsibility that everyone should know.

It is not always the elderly that we have to respect, everyone has to be respected.

My opinions, my ideas and my suggestions are my business. If you can't respect that, that's no longer my problem. 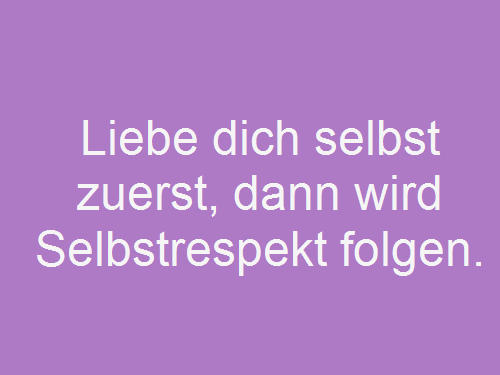 You never make me feel that I exist That's fine. Just don't expect anything from me because that's when I stop caring.

It's ironic that I get more respect from people who don't know me than from my own family.

Always respect your mother. Without her you would never be here.

It doesn't matter if what I'm saying is nonsense to you; Respect is what is important.

Without respect, love is meaningless. It always has to come in a package.

One of the most precious gifts in life is respect. Nobody can ever take that away from you.

If you don't like a person, at least respect them as a person. You have no right to mistreat her. 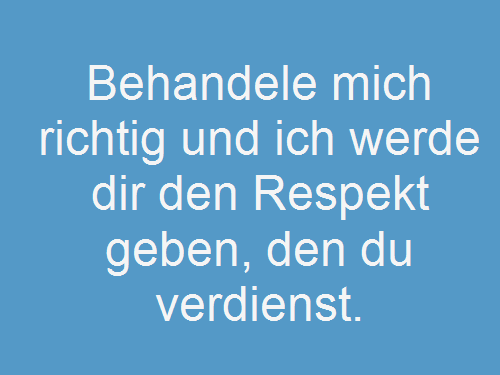 Without respect, trust and love, our life would be miserable.

Every good relationship is founded with love, bound by trust and surrounded by respect.

You think you know me That's why you spread rumors about me. Now I know why all of your friends are losing faith in you. And now you're just losing my respect.

If you can't respect me then just respect my love for you. Not everyone is going to love you the way I do.

For you I am a mistake, a big disappointment. You never heard from me, I remained silent. Not because I don't care anymore, but because, despite everything, I respect you as my father. I just hope that one day you will realize that I am your son and that I am important. 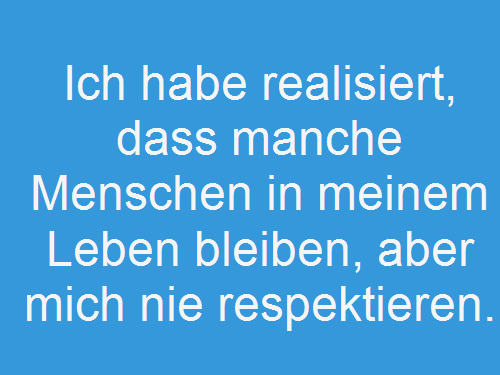 You told me you want to make your dream come true. I support you even if that means that you will leave me. There is nothing I can do about it other than respect your decision.

We weren't raised not to respect our parents. It's the least they can expect from us.

I hope you know that I respect your decision to end this. What I don't understand is the lame reason you give me But I'm still grateful to you because that's what respect is.

You will never be known as a great artist, or a great engineer, but at least they will know you as a respectful man.

My ideal man is someone who will respect me, my family and my friends.

This world doesn't need anyone who doesn't even know the simple word respect.

As much as I want to respect you, if you can't respect yourself then I think it will be useless too.

Paying less attention to what you're suggesting doesn't mean I don't care. In fact, I respect your ideas. I just don't see the need to focus on that because we all know I have a lot of things to focus on.

The simplest way to show respect is by listening to what other people have to say.

You will never be better without respect. It's one of the first things other people notice about you.

I choose to ignore any negative comments about myself. That way, I'll never look like a disrespectful bitch.

I may not be as pretty or as smart as your crush, but at least respect me for who I am.

Don't push me to the point where I'll also lose the one thing that I had for you. My respect.

Love and respect me and there will be no time that you are not happy with me. 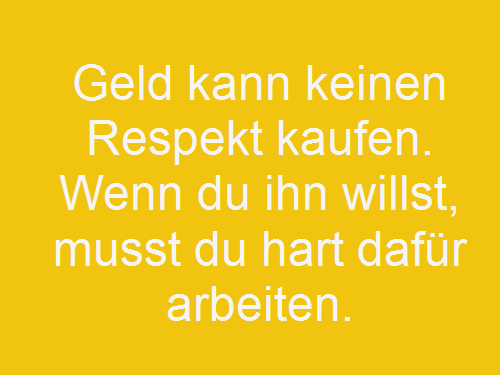 What will bring us to the joy of our life is our ability to respect others, even when they cannot respect us.

The only person who can hurt me is one I respect.

I respect my parent among everyone else. Without her, I would have learned no respect from the start.

Don't leave your house without showing some respect.

You can only expect respect from good people.

The reason there are some people who never respect is because they have never felt it before.

Your life will be better if you only knew how to respect the opinions and beliefs of others. 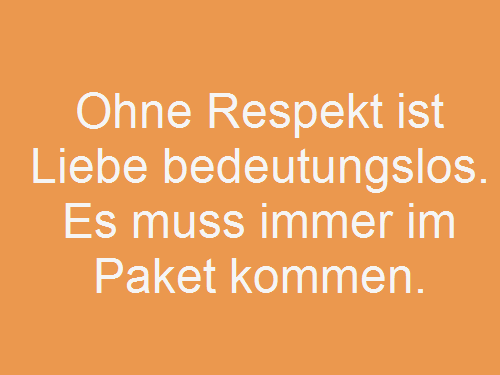 Never let your respect for yourself and others run out.

If you want me to respect you, respect me. Learn this first before expecting others to do it.

Love is not always about the feelings; it is also about respecting others and understanding differences.

I've never lied when I say I'm losing my respect for you. You're just losing a friend. I hope you stop being so rude to others.

If you want to keep a friend, respect them and show them that you always care for them.