Can electric bikes change the world?

What can we change by cycling?

June 3rd is World Bicycle Day. This year it is taking place for the third time and was initiated by the UN. The goal: to focus more on the many benefits of cycling for the environment, health and society. There are numerous projects on this at the TU Dresden. 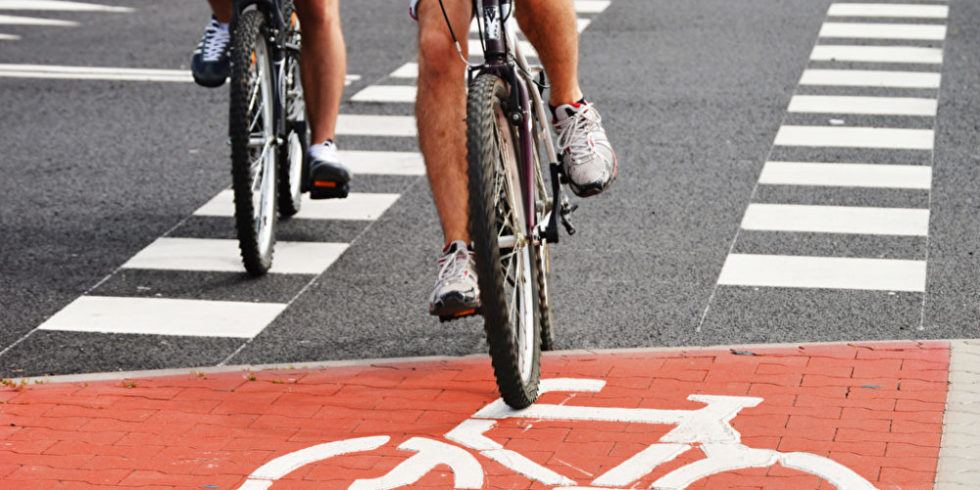 Scientists are investigating the subject of cycling in various specialist areas.

Scientists at the Technical University of Dresden are working intensively and interdisciplinary with cycling in the Faculty of Transport Sciences. They mainly examine the necessary framework conditions for cycling and the safety factor. In addition, they are also interested in the question of how people can be motivated to cycle.

As part of a research project, Sebastian Hantschel, Professor of Integrated Traffic Planning and Road Traffic Technology, looked at how to make bicycle traffic safe. To do this, he examined the behavior of cyclists on sidewalks and bike paths.

He came to the conclusion that you can ride a bike at an average speed of 20 km / h. This applies to driving on bike paths or on the road. However, cyclists are more careful when using shared sidewalks and cycle paths. The main reason for using a sidewalk is a feeling of insecurity on the roadway. In contrast, cyclists who turn right tend to pay less attention to red lights.

Accidents involving pedestrians and cyclists are caused in every fifth to eighth case by impaired vision, mainly by parked cars. On narrow bike lanes there are more likely to fall or accidents between oncoming cyclists, while on wider bike lanes there are more accidents due to overtaking pedestrians. The scientist suspects an unreported number of 83% in bicycle accidents. In his opinion, using the sidewalk would not lead to more accidents.

This gave rise to the question of the conditions under which cycling is probably safest. The investigations showed: If the cyclists are on the road, the most likely effects are a low speed of the car traffic and a low traffic volume. Free roadsides where no cars are parked would also provide more security. The clear separation of the two road users is important on sidewalks and cycle paths, and also a path that is more than four meters wide so that everyone has enough space for themselves.

Angela Francke, Professor of Traffic Psychology, identified various types of cycling in a study. She wants to answer the question of how people can be motivated to cycle. Their online survey revealed four types: the passionate, the pragmatic, the functional and the ambitious cyclist.

The passionate is out and about in all weather conditions, drives rather short distances and uses the bike frequently. He clearly identifies himself as a cyclist. The pragmatic use the bike for short distances in almost all weather conditions. For him, the focus is not on having fun. The functional cyclist is rather rare and only out and about in good weather. He only covers short distances by bike and does not see himself as a cyclist. The ambitious guy gets on his bike mainly for fun and because he wants to belong to a certain group. He drives long distances in all weathers.

The scientist is also investigating whether the corona pandemic is affecting mobility behavior. An international survey started on March 20th. So far there are 5,000 data sets from Germany. They show that more than half of those surveyed, 59%, have changed their mode of transport since the pandemic started. Bus and train would be used less, but more are switching to bicycles. Most of them stated that their motivation was that they were less afraid of being infected.

Bike rides: Always a green wave with an app

Digital data and applications are also playing an increasingly important role in cycling. For example, a voluntarily installed app provides data on bike rides and the structural condition of bike paths. It is used as part of the annual “City Cycling” campaign; more than 100,000 users have participated in the last two years. The aim is to get starting points for a needs-based design of the cycling infrastructure.

With the “Bike Now” smartphone app, cyclists have a green wave. The app gives speed recommendations so that you can easily pass the next traffic light when it is green. This eliminates the need to wait at red lights. Stefan Huber, Professor of Traffic Ecology, is developing a web application for the city of Dresden to better assess the use of traffic systems by cyclists. In the future, traffic planners will be able to determine how well, for example, new cycle paths or traffic crossings are being used.

More on the subject of bicycles: