Most Africans can understand Swahili

There are many reasons for this deplorable state of affairs. An apparently common reason, which is often cited by those in power and those responsible for developing language policy in their respective countries, has to do with the problem of African linguistic diversity. There are more than 2,500 languages ​​in Africa today and, they argue, establishing a framework for national languages ​​is a complex undertaking. It is noteworthy that some African countries have successfully selected and implemented a national language. They include Tanzania, Kenya, Botswana, Somalia, Ethiopia, the Central African Republic, Rwanda, Burundi, Lesotho and Eswatini (formerly Swaziland).

In contrast, other African countries have chosen to recognize more than one national language. These countries are: Namibia, South Africa, Zambia, Nigeria, Ghana, Zimbabwe and the Democratic Republic of the Congo, to name a few. But even if one or more languages ​​are recognized and officially recognized as national or co-official languages ​​of a state, they are often overshadowed by the colonial languages ​​that seem to be deeply rooted in the system. For example, Botswana recognizes English and Setswana as official languages, but most street signs and government notices are in English. Similarly, Tanzania, hailed as a beacon of hope for promoting an African language (Kiswahili), is often criticized for using English in areas where Kiswahili could also be used. For example, English is used as the language of instruction at universities and in external relations, although Kiswahili could also be used for this purpose.

Another reason often cited by language policymakers in Africa is the cost of developing orthography for these languages. Instead, African governments choose to use colonial languages ​​because these are already fully developed and can be easily implemented in all government contexts.

Lack of incentives for African languages?

Unfortunately, Africans' negative attitudes towards their own languages ​​also play a role in the marginalization of indigenous languages. For many Africans it is widely accepted that there are no economic incentives to learn and master indigenous languages. Because of the economic benefits and prestige associated with colonial languages, parents, including those from low income brackets, advocate teaching their children in them instead of indigenous languages. This widespread attitude towards African languages ​​often makes it difficult for many states to fully establish legal and political frameworks aimed at elevating African languages ​​to the same level as their European counterparts. In African countries like Angola and Côte d'Ivoire, it is not uncommon to find locals who were born in Africa, grew up there and have never been to Europe, but only speak Portuguese or French and claim to have no knowledge of any of the local indigenous people To have dialects. Here the effects of European colonialism on the psyche of many Africans manifest themselves very clearly.

Many African governments continue to marginalize their own languages ​​because of a phenomenon called "elitist foreclosure". Scotton (2010) defines elitist foreclosure as “linguistic divergence that occurs as a result of using a language known or preferred by only the elite, in this case English. This divergence can be purposeful, namely as a control measure. ”Forcing ordinary people to use a colonial language they do not speak well is also a way of restricting the masses' access to state money. 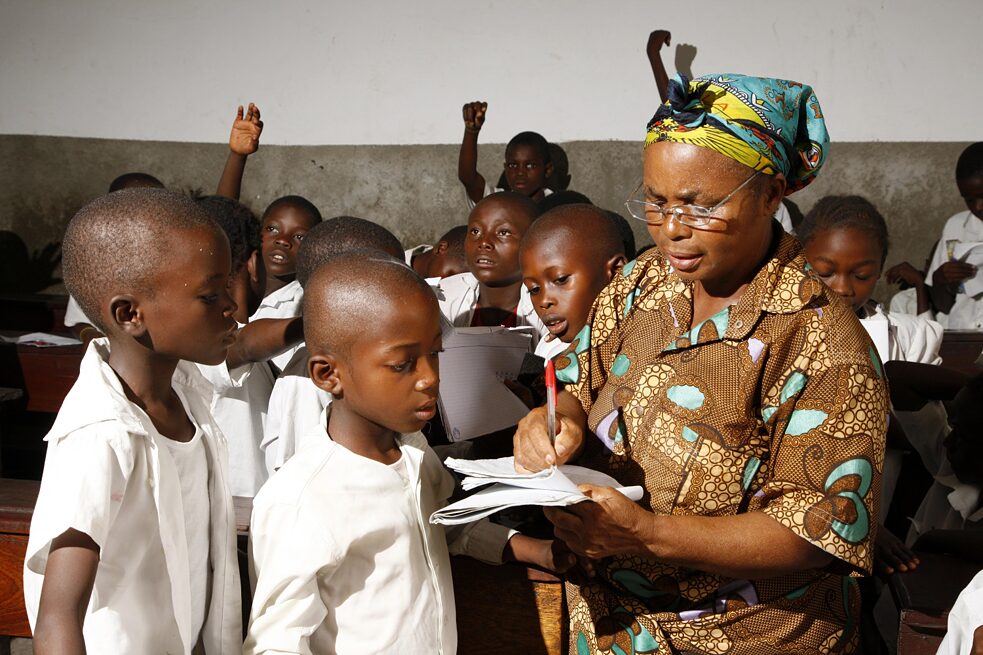 
As indicated above, a lack of collective will on the part of the African rulers to promote African languages ​​remains a critical stumbling block for the revival of these languages. In addition to the Harare Declaration on the establishment of a national language policy in Africa, there were several other conferences and initiatives with the same goal. The Asmara Declaration on African Languages ​​of 2000, as well as the Conference on Language in Education in South Sudan's Juba in 2012, all emphasized the importance of using African languages ​​in all government contexts, including as the language of instruction in higher education. However, these initiatives did not fall on fertile soil. The blame should also be placed on regional authorities that do not promote indigenous languages. It was only when the former Mozambican President Joachim Chissano gave a speech in an indigenous African language, namely Kiswahili, if not his mother tongue, that the African Union (AU) declared all African languages ​​to be official. So far, however, this declaration has only been on paper. Since Chissano's speech, no African ruler has spoken in his or her mother tongue at any of the AU meetings since that announcement.

"How should African languages ​​be taken seriously when the African rulers themselves are ashamed of promoting them?"

The only way to raise the status of Africa's indigenous languages ​​is to establish language regulatory committees to oversee the use of indigenous languages ​​in the government and private sectors. This task can be entrusted to either universities or independent government institutions, such as the South African Pan South African Language Board. In addition, politicians, local entertainers and artists should speak African languages ​​from time to time in order to remove their stigma.

Less trust in everything African

Another relevant problem within the Pan-Africanism discourse relates to the decolonization of political and social institutions in Africa. Centuries of European colonialism have left many Africans feeling less worthy and less confident in all things African, including their languages ​​and cultures. The continued use of colonial languages ​​and the prestige assigned to them in African institutions is an indicator of this anomaly. The reasons given by the elite include the fact that African languages ​​lack the terminology for use in court, for example, or that they do not have the necessary scientific and technical terms to be used in schools. However, it is a truism that no language inherently includes scientific, technical, political, and legal terms. English itself is known for having borrowed its scientific, technical, political, and legal terms largely from Latin, Greek, and French.

"Centuries of European colonialism have left many Africans feeling less valuable and less confident in everything African, including their languages ​​and cultures."

Tanzania, Somalia, Ethiopia and, to a certain extent, Rwanda are among the few African countries that use indigenous languages ​​in their parliaments. This is a clear example of the decolonization of African parliaments. Parliamentary debates in indigenous languages ​​are beneficial for ordinary citizens because they can understand the messages of their elected representatives without difficulty.

Interview with Christian Harris as part of the "Museum Talks" 2019 in Namibia:

Christian Harris (born October 23, 1985) is a Namibian citizen and board member for law in the Ministry of Justice of the Republic of Namibia as well as a court-recognized mediator in the Namibian High Court. He completed his studies at the University of Namibia with a B. Juris, Bachelor of Laws degree and Master of Laws. In the Ministry of Justice, he is a member of the Interministerial Committee on Human Rights and International Humanitarian Law (IMC). Harris also teaches in the Law Faculty of the University of Namibia. His academic interests include African language development, indigenous peoples' rights, environmental law and justice, maritime law, international politics, and human rights.

Do you have any questions about this article? Write us!

Experts on the topic