How was your school visit

Language, education and school in particular play an important role in integration. Khaled, Zozan and Ayten tell how they experienced their first time in a German school.

School attendance is compulsory in Germany. Depending on the federal state, pupils have to go to school for at least nine years. This compulsory education also applies to newly immigrated children and young people. Especially since the increased immigration of refugees between 2015 and 2017, German schools have been faced with the challenge of teaching more and more non-German-speaking pupils and integrating them into school life.

Current figures underline that the integration of foreign students into the German school system is becoming more and more relevant. According to the Federal Statistical Office, around ten percent of students in Germany in the 2017/2018 school year were people who are not German citizens. Compared to the previous school year, the proportion increased by more than five percent.

Due to the federalism in Germany, there are no uniform guidelines across Germany as to which support measures school-age migrants should receive. Various schools are therefore independently developing innovative concepts to support immigrants, as the following examples show.

Language acquisition as a central component

In particular, overcoming the language barrier is the focus of integration into everyday school life. "Without knowledge of German, students who would otherwise achieve good results in math or politics, for example, cannot develop their potential," explains Dr. Höttecke, deputy headmistress of the Albert-Einstein-Gymnasium in Kaarst, the focus of the integration concept of her school.

The Albert-Einstein-Gymnasium repeatedly receives individual, foreign students from the municipal integration center, who are integrated into a regular class after a short period of time. There they take part in the lessons of the main subjects, but also receive an additional ten hours a week special language support from DaZ teachers (German as a second language) at the school. 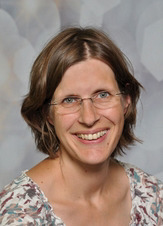 When distributing immigrants to the regular classes, particular attention is paid to ensuring that classmates, who may themselves have a migrant background, can become interpreters and mentors. This gives the foreign learners more security and the pupils with a migration background take on responsibility.

"In addition, as a school we have made it our goal to integrate foreign students through working groups such as the football club," describes Dr. Hötteke another, complementary integration measure. The afternoon care is particularly good for this, as the conventional framework of lessons is broken up there. The integration of newly immigrated pupils is an important component for a functioning and harmonious school life and must be anchored in the school program through concepts.

Language acquisition also plays a key role in the promotion of migration at the Lessing Gymnasium in Düsseldorf, where immigrant pupils are taught German in side entry classes for nine months. The municipal integration center of the city of Düsseldorf assigns the newly immigrated children and adolescents to the school, who generally do not have any knowledge of German.

Detlef Bohn, teacher and coordinator of side entry funding, leads one of the school's three German intensive courses. For the 20 students, 25 hours of German per week are on the schedule. What is striking is the diversity of the different countries of origin in Bohn's class. The students come from a total of seven different countries: Colombia, China and Belarus, among others. Conflicts only sometimes arise because of the many different nationalities.

Bohn also emphasizes the special advantage of the side entry class: "At the beginning of their school life in Germany, the pupils find themselves in a kind of protected space in which they dare to use the German language and make mistakes". Feelings of shame rarely arise because everyone is in the same situation, explains Bohn.

After a total of nine months of intensive language training, the students are then released from regular classes at schools in Düsseldorf. "After the intermediate and final exams, we issue a recommendation to the pupils as to which school appears suitable for their future path," explains Detlef Bohn in more detail.

Khaled is a former student of the Lessing Gymnasium in Düsseldorf. The Syrian fled his home country five years ago and initially attended a side entry class in Düsseldorf. He describes his first day at German school as follows: "It was a strange feeling, but later also a very nice one because there was a colorful environment around me." His rapid linguistic progress meant that he soon entered upper secondary school could switch. Khaled passed his Abitur and is now studying at the university in Aachen.

How was your first day at German school?
Audio is loading

His path was not always easy. The fear of not making the Abitur due to the language barrier accompanied him especially at the beginning. But Khaled struggled through his school days: "Talking, talking, talking was the solution and not to be ashamed," is how he explains his success.

School was an important point of reference for the young man. She taught him how to understand the German language, German culture and society here. He also met his first German friends there, with whom he is still in contact.

The Syrian sees his future in Germany. A completed degree is one of his ambitious wishes; he also wants to start his own family.

How important is school to you?
Audio is loading

What are your wishes and future plans?
Audio is loading

School education as the basis for professional success

Zozan also came to Germany from Syria almost ten years ago. For him, school also played a central role in his integration. He was first enrolled in a primary school, in which he quickly found his way around: "I knew the language a little because my uncle's children taught me a little German," says Zozan, describing his first contacts with the language, which was foreign up until then. At first, a classmate who comes from his home country translated a lot for him. This allowed him to orientate himself more quickly, explains Zozan.

How was your first day at German school?
Audio is loading

After completing elementary school and completing secondary school, Zozan is now training to be a hairdresser. To this end, he attends vocational school on the one hand and works in his training company on the other. His goal is to be permanently employed in a salon one day, because the job gives him a lot of pleasure. Zozan assigns the school an important role in this project: "School is particularly important to me, because without school one would achieve nothing".

How important is school to you?
Audio is loading

Ayten, who originally comes from Bulgaria, is in the same class as Zozan. Four years ago she made her way to Germany, where she initially learned German for 18 months in an integration class. “I was very nervous on the first day. At the beginning I said ˌI hateˈ instead of I am calledˈ because I spoke very little German, ”says Ayten, describing her first day. Overall, however, she quickly felt good.

In the future, Ayten would like to finish her training, to do an apprenticeship as a masseuse in addition to being a hairdresser and perhaps one day open her own salon so that she can “work more independently”, as she emphasizes with a smile.

Going to school is more than just an obligation in Germany. For immigrants in particular, it is felt to be very important for their own development and integration. The integration concepts at schools such as those in Düsseldorf or Kaarst provide the students with the best possible support.