How does Donald Trump style his hair

Kassel. What is the Trump style? The head master of the Kassel hairdressing guild Alexandra Kaske-Diekmann explains the presidential hairstyle and what she would advise the 70-year-old.

The color of Donald Trump's hairstyle has changed several times over the past few years from dark blonde and red-brown tones to the current golden yellow. "The 70-year-old has remained true to his style from an early age," says Alexandra Kaske-Diekmann, head master of the Kassel hairdressing guild. An explanation in five steps.

1. The deep-drawn side parting is particularly characteristic. "Trump divides the section of hair on the left side of the head and pulls it from there to the right," says Alexandra Kaske-Diekmann. He's not only been doing this since his hair started to thinning on his head, but that has also been his trademark in his younger years. However, this hairstyle is very susceptible to wind and weather, which often leads to strange images when a gust reaches under the hair mat.

2. The assumption is that Trump helped a little with the abundance of his top hair. “But you won't be able to look into the cards,” says Kaske Diekmann. Often his pony part falls far into the forehead, but in many cases the mat also appears to be deliberately pulled forward.

3. Trump's long side hair looks like it has been pulled back with a damp comb. “But this will probably require a lot of heat from a hairdryer and lots of hairspray,” suspects Kaske-Diekmann. The gray temples are still difficult to cover.

4. Trump also wears his hair long on the back of his head. “It looks disheveled and unkempt,” says Kaske-Diekmann. During the election campaign, when Trump was on the move, the strands on the back of his head curled wildly in various directions. In the youth, something like that is sometimes forgiven, but in old age and as a public figure, the good overall impression counts. Even a chic suit cannot cover up a messy or unkempt hairstyle. Hair and the hairstyles of celebrities are always a popular topic of conversation, says Kaske-Diekmann.

5. Trump is currently wearing his hair in an unnatural golden yellow shade. "There is no question that this is not the original hair color of a 70-year-old man," says Head Hairdresser Kaske-Diekmann. However, the gray approaches are less evident in light tones compared to darker colors. Trump also has his eyebrows, at least it seems, regularly adjusted to his hair colors.

Strands as a suggestion

Alexandra Kaske-Diekmann would advise against a radical change to US President Trump. “You always have to make sure that you are still yourself after visiting the hairdresser,” she says. Authenticity is important. Trump should remain true to his style, which he has been cultivating for years. But you could definitely style the hairstyle a little more orderly and well-groomed. As for the color, maybe strands could create a smoother transition.

Kaske-Diekmann does not believe that numerous customers now come to hairdressing salons in Germany and want a Trump hairstyle. But that is also due to the political debate, which is conducted very differently here than in America. Most Germans cannot understand how Trump was elected and would therefore not have their hairstyle done like the President. In addition, when visiting the hairdresser in Germany, customers often want naturalness. You shouldn't necessarily see that the hair is colored. In America it is different.

Kaske-Diekmann assumes that Trump will be one of the favorites of this year's carnival season. The demand will definitely be high. Trump wigs are currently only available on the Internet, but not yet in shops in Kassel. In the “Ziege und Harjes” carnival shop, however, it is said that Heino wigs are in stock and that they can easily be changed to Trump. 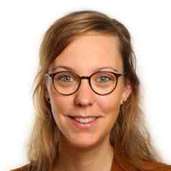