Software development in India: an insider reveals how you can really save with it

I've always wanted to do something in the field of software development and entrepreneurship. Early on, I saw potential in outsourcing software development to India. It seemed more favorable than a development in Central Europe. After my studies, I started with a well-known software manufacturer for Enterprise Resource Planning (ERP) systems before I founded my own company in 2011/2012. I stayed with the India plan: I started the YUHIRO company in India for cost reasons. With YUHIRO I offer software developers in our branch in India for startups, agencies, IT service providers and IT departments. In this post I want to show when it makes sense for a company to outsource to India and when it doesn't. In the best case scenario, costly mistakes can be avoided.

Every beginning is difficult. In the beginning I had no employees of my own and worked from home. However, by then I was already able to get IT outsourcing projects from Germany. Over time I built up my own office, in which mainly Indian software developers work today.

Nevertheless, it seemed attractive for the customers. Because a good way to earn money online is to develop your own online tool (i.e. a SaaS) and sell it on a monthly or annual basis. What keeps many from doing so is the high development costs. Because a good developer from Germany wants to earn at least 4000 euros a month and more. Including costs for office space, taxes, etc., you can quickly get to 6000 euros and more per month.

If you then add the hiring and training costs, the amounts are much higher. These high amounts are often paid for by well-functioning agencies, IT service providers and IT departments in large corporations. For the self-employed, digital nomads and small business owners, however, this is not always an option, or rather, very seldom. One possibility that more and more digital nomads and startups are seeing is the possibility to have your software development done in India. These are my experiences since 2012.

Startups are often not successful with offshore outsourcing

Offshore outsourcing means the outsourcing of IT services to "far away". For example to Pakistan, India, China, Malaysia and similar countries, because the costs are usually lower there and there are comparatively many developers. What I did notice, however, is that many companies (especially startups) are not successful with this concept.

Here are a few reasons for this:

For startups, the best way is still to have a CTO who does the programming and participates in the company's success as a shareholder (bootstrapping).

The goal: to be able to pay a salary from the first sales with software subscriptions in order to scale the company from there. That would be the point in time when you could start looking for an Indian software development team. From my point of view, the best option is to find a dedicated developer. In this case, you work directly with the developers and avoid a black box, as so often happens in software projects. Avoid talking to the project manager - or worse - the sales department of the service provider.

Tip on the costs

In the point of misjudgment of the market price, I have already touched on the subject of the price. The hope is mostly to get high quality for 5 US dollars an hour. Unfortunately, this does not apply to the global IT service market (also for IT service providers from India). So I am giving a rough guideline on prices here.

With a fixed price, it can be assumed that a professional provider will only offer a fixed price if the requirements are clearly defined and the project is manageable.

Example: A WordPress website with 10 pages, based on a WordPress template. The texts and images are provided by the customer. Such fixed price projects can also make sense for smaller online shop projects and the like. The hourly rate is around 35 US dollars. Often advertised with lower hourly rates, in practice, however, from my experience, more hours are often billed to compensate for the low wages.

Often the entire project is handed in here. This means that the project manager, the team lead, the developers and testers are provided by the service provider in India. However, since this requires a fairly detailed specification and a flexible budget, this approach makes more sense for medium-sized and large companies or agencies. Larger software companies can also benefit from this model. However, this is pretty unsuitable for startups. The hourly rate here is on average between 30 US dollars and 60 US dollars (yes, I'm talking about India :))

Here you choose a programmer together with the software development company from India, who then works exclusively for the respective customer. Since the project management is taken over by the customer, the prices per hour are also lower. With around 15 to 25 US dollars (with full-time workload / 160 hours per month) you should already get good coders. This can be worthwhile for startups that already have a certain amount of cash flow.

In the beginning, I actually assumed that there would be very large cultural differences. Especially that with the Indian English and also the traditional way of the Indians gave me something to think about. After a while, however, I noticed that most of the developers there had already worked with customers from Europe or America at some point. Mostly from somewhere in the Netherlands, Great Britain or the USA. In addition, the lifestyle has also adapted. As in Germany, people in India like to go to McDonalds, stay in touch with the world via Facebook, chat via WhatsApp, present themselves on Instagram and watch the latest YouTube videos (keyword: PewDiePie versus T-Series).

Regarding the accent in English: If you talk to the programmer for a few days, you will understand him very well. Only at the beginning did I often ask to speak a little slower and louder. Most of the IT experts in India have studied mainly in English-speaking schools and colleges, and English is also often required at work. Thus the language skills are less of a challenge than the dialect. Because two non-English native speakers meet.

Another tip on the requirements for the software or web application, which you pass on to the IT service provider or the team in India. It is better to represent the whole thing visually, for example as screenshots of existing applications / example applications, as a sketch on a sheet of paper (send scanned) or as a rudimentary paint file. Exclusively spoken requirements are often understood differently. Especially if there is still a middle ground between the developer and the customer (e.g. the IT project manager and the team lead).

I also learned that it is better to create the concept and design in-house, i.e. not at the software company in India. Particularly in the areas of design, user experience design and user interface design, the capacities in India are rather average. But all the more so in the area of ​​backend development.

To come back to the question asked at the beginning, whether you can save with software development in Asia: It depends. If you want to build a complete online tool for 5 US dollars an hour at a fixed price with a budget of 4000 US dollars, you will most likely fail. However, if you have an existing cash flow or investors and know that good software development takes time, you can very well be successful with it and also save a lot of money with this offshore outsourcing approach. What are your experiences? 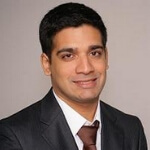 Sascha Thattil (graduate in business administration, FH Dortmund) founded the company YUHIRO. Since 2012, the company has primarily provided startups, agencies, software companies and IT departments with software developers from India on a dedicated basis. The office is located in Kochi, Kerala.

What do you think?